You are here: Home / waterpark place 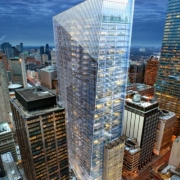 Back in September 2017, Oxford Properties conducted a customer satisfaction and loyalty survey. Many clients took the time to let Oxford know whether they were meeting or exceeding service expectations. To celebrate the fantastic results Oxford have created a visual representation of this commitment via “The Oxford Way” video:

We love being part of WaterPark Place!

Here’s some events they’ve held in the building over the past year:

Click here for more information on how you can become part of the Oxford community.

Fall colours will be hitting Toronto soon, and you know what that means! Crisp air, football, pumpkins, Halloween costumes, mouth-watering Thanksgiving dinners, a ridiculous amount of leaf raking and refreshing beer to top the week off!

The Rostie Group Waterfront Work Community would like to invite you to attend our “Welcoming Fall -Thirsty Thursday” event featuring beer from the Amsterdam Brewery in our new and improved Sales Hub!

Thirsty Thursday is totally FREE and you will get a chance to connect with everyone from the business centre and Waterfront Work Community.

Don’t get the Summer blues, keep calm and Welcome Fall with us! 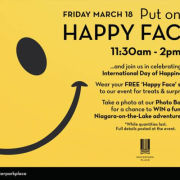 It feels good to be happy right?

Why not share the happiness at WaterPark Place this Friday and join us for some fun activities and treats in the Mezzanine and Food Court! Happiness is what we all strive for – what the media, society and every self-help book and guru out there tells us to seek.

So how do we truly reach a state of happiness and stay there?

Without the down times in life, it would be hard to enjoy the up times.

It would be very odd if we all walked around like the Stepford wives, perpetually smiling… International Day of Happiness celebrated on March 20th,  is not about superficial and materialistic happiness but rather it is about recognizing that ‘progress’ should be about increasing human happiness and wellbeing, not just growing the economy.

“In 2011, the UN General Assembly adopted a resolution which recognised happiness as a “fundamental human goal” and called for “a more inclusive, equitable and balanced approach to economic growth that promotes the happiness and well-being of all peoples”.

In 2012 the first ever UN conference on Happiness took place and the UN General Assembly adopted a resolution which decreed that the International Day of Happiness would be observed every year on 20 March. It was celebrated for the first time in 2013″.

It comes as no surprise that the number one way people describe experiencing happiness is from giving and doing things for others. 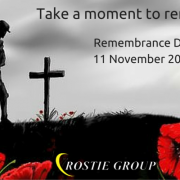 20 Bay Street, WaterPark Place has its very own Athletics Facilities!

Run by TriFit, this all-inclusive centre is home to a vast array of active living amenities for tenants of WaterPark Place.

With a gym at your office, there’s nearly no excuse why you can’t get a workout in!

Studies have found that employees that take care of themselves live longer and don’t become sick as easily as other people. Healthy employees also present a positive image to the people they work with, which helps build a proud and effective working environment.

And if you’re looking for a gym close to where you work, then you can get a Coworking or Office here at The Rostie Group. This way, you’ll be close to the fantastic Waterpark Athletics gym!

Calling all Clients at WaterPark Place!

With October just around the corner, join us in a fitness challenge and sign up for Trektober!

Track your steps online and compete against others to see who can log the most steps.

You can also create teams of 4-15 members and fire up a local challenge and try to maintain an average of 10,000 steps per day.

Many forms of physical activity can also be inputted and converted to the equivalent steps achieved!

Register online at www.trektober.com – it’s FREE and OPEN TO EVERYONE! (select WaterPark Place)

All participants will be entered in a draw to WIN great prizes including Fitbits and free memberships to the Fitness Centre.

For more information, visit our Special Event booth in the Food Court on Tuesday September 29th between 11:30 AM – 1:30 PM at WaterPark Place.

Come by and also receive a FREE Seated Massage on the spot and sign up for a FREE Step Class* – available on an as space permits basis.