You are here: Home / startup 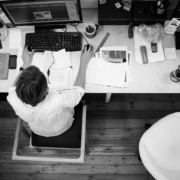 Being an entrepreneur is an innate trait that some are born with and some aren’t. It’s a mind set that many with this gift can’t seem to escape. They see the world as a large opportunity and continuously seek ways to seize the moment.

The world has seen its fair share of entrepreneurs who have succeeded and others who have not. It truly is a high risk, high reward life style.

Companies such as: Microsoft, Apple, Virgin, Tesla & Amazon all began as an idea on a piece of paper, by larger than life personalities that once started out in their parent’s basement. After countless trials and tribulations, these individuals were able to successfully penetrate a market and become king pins of their respective industries.

However, this success certainly didn’t come overnight. It’s a known fact that even these successful would-be billionaires were once on the verge of being homeless, surviving on the standard college diet of ramen noodles and living out of the back seats of their vehicles. It was only their entrepreneurial instinct that kept them pushing through these hard times and as luck would have it, their hard work and determination paid off.

Then, you have the other side of the coin.

In the early 2010’s, the world became obsessed with the reality TV concept of seeing entrepreneurs pitch their ideas to investors on shows like Dragon’s Den or Shark Tank.

These shows gave the everyday viewer a chance to see what entrepreneurs were coming up with, prior to their multi-million dollar success. Some shined through, while most failed to develop a concept that could wow not only the investors, but the audience who were watching the show. In some cases, the feedback went as far as telling these individuals to “stop putting money into this and walk away while you still can” or “this is the dumbest idea I’ve ever heard of”.

One thing to be taken from the countless seasons of good ideas and bad ideas is that the mindset of the participants never veered from their end goal of being a successful entrepreneur, regardless of the feedback they received.

Whether you possess this way of thinking or not, it’s important to remember that each person has a place in the world to be successful.

Most importantly, any good Entrepreneur needs the proper space for their ideas to develop and grow. That’s why The Rostie Group provides Offices of all sizes so you and your new growing team have a place to make your dreams come true!

The newest buzzword ‘Coworking’ is here to stay and its taking the world by storm with over 2500 coworking spaces now operating across the globe.

It was August 9th 2005 that Brad Neuberg opened the first collaborative workspace, called Spiral Muse, and dubbed it “coworking”. He was quickly joined by other early coworking leaders like Tara Hunt & Chris Messina, who were original founders of the Hat Factory (along with Brad Neuberg and a few others), and finally Citizen Space, which is still a thriving coworking space to this very day in San Francisco.

Join us in celebrating Coworking’s 10th birthday and try a FREE week of coworking at The Rostie Group!